The first six are action shots from one of our simulator missions in which the player is desperately trying to save the carrier Ticonderoga from an intense Kat assault. In the next three screenshots (run through an ATI post process filter), some of our nebulae provide a backdrop for a conflict between Confed and Kilrathi capital ships. Confed comes out on top… this time.

The Confederate starships are rather dark, but the Kilrathi fighters look very impressive -- it's always great to see a Gothri! 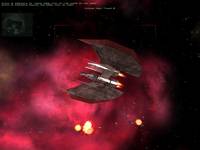 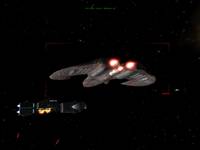 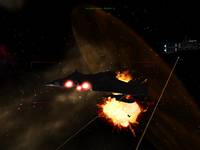 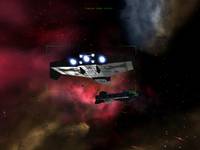 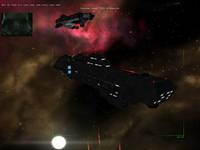 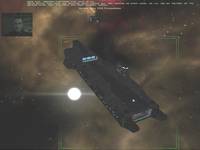