The updated Flat Universe launcher is now available! This is the first step in the release of a special edition of the game that will facilitate the upcoming WCFU tournament. There are some additional bug fixes and compatibility assurances available as a part of this, and the recently hinted-at new features should be coming soon. Grab the update for yourself and start practicing at Daedalus Station here. 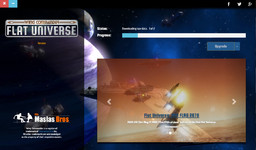 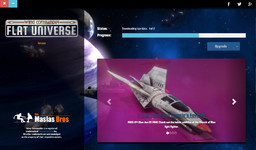 Here's the flatulence straight from the Maslas Brothers:

Uninstall the previous version and install the current. Upon launch, it will ask you to download two updates. After that, you are ready to play the old multiplayer version of Flat Universe. For the time being of course.;)

Let me point some of the basic bug fixes that have been made:

Everything of the above has been tested on Windows, Linux and Mac. Make your choice! I will come back with more tasty news soon regarding the upcoming Tournament version.