Back in May we reported that ScoobyDoo was working on a standalone model package that adds Wing Commander inspired ships to FreeSpace 2. The pack includes actual WC designs as well as various hybrids and new creations. One recent addition is based on the Gilgamesh from Wing Commander 2. 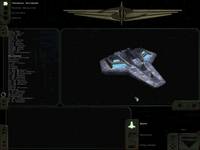 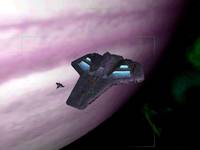 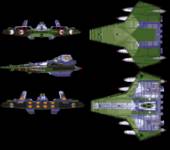 The Gilgamesh was Wing Commander II's answer to the Exeter. Loyal Gilgamesh-class ships, the Hector and the William Tell, followed the Concordia wherever she went. Gilgamesh-class ships were in service than a lot longer than that, though - in fact, 2nd Lt. Blair's first assignment out of Flight School was a 30-hour stint on the TCS Gilgamesh herself. The Gilgamesh is armed with two Flak Cannons and two Anti-Matter Guns.

You can download the model here (3MB). ScoobyDoo has also posted instructions on how to use this model in FreeSpace.