WC4 Mod For Homeworld 2 In The Works

We've got a new fan project to announce for the first time today, and it's already looking pretty sharp. Aaron Thomas has been building a mod for Homeworld 2 that recreates it in Wing Commander 4's image. WC4 is a very popular game among fans (it's in the lead in our current poll), but relatively few mods are based in that specific era. A variety of ships and features have already been implemented. The shots below reveal Banshees, Bearcats, Hellcats, Excaliburs and a Concordia class Fleet Carrier. Ships look very nice and detailed in the Homeworld engine, and the interface should allow for a good mix of fighter and capital ship combat. Right now Aaron is working on the project alone, but there is quite a precedent for solo individuals creating fantastic finished works. In the future, fellow fans will probably be able to help by contributing feedback, minor graphical elements and other material. Visit Crius.net to volunteer your time or let everyone know what you think so far. 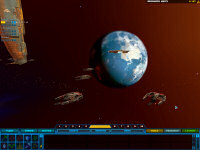 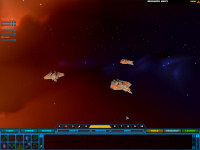 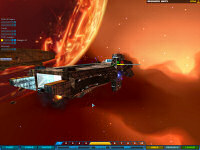 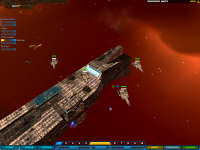 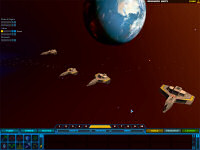 I am working on a game MOD for Homeworld 2 that converts it to the Wing Commander 4 universe. Also I would require a small amount of assistance in some of the technical info about certain ships, some data is not available on your site such as the dimensions of the Durango class carriers, etc. I realise this info may not exist anywhere in writing, but for sake of the creation of this mod, it would really really help if I could correspond with someone from your site about info like this. I'll eventually need UI icons and some other material that I'm sure the community can help me out with this. I however would like to stress - NO DEADLINE [release date] - just in the case that people start asking when it will be done and stuff. I am doing it alone, getting it done and it will be great. That's my promise.