To celebrate the release of Wing Commander II, a Software Etc store in Texas held an event they called Origin Day. Various members of the game's development team attended to sign copies and show off various Origin demos. Many people either forgot or never knew the event happened, but now Joe from the Origin Museum has scanned these photos from his archive for us. They remind us of a magical time when entire store fronts were made from Wing Commander boxes. The fourth picture below is a special bonus picture of Chris Roberts picking up a copy of WC2 (and a printer stand) from Electronics Boutique on what was quite likely to be the game's launch day. 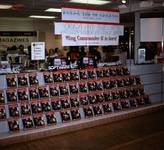 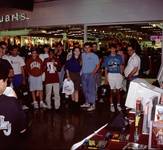 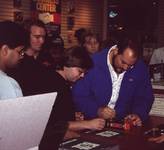