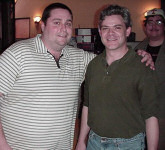 The classic article we're posting today was one of the very first interviews with a Wing Commander developer to be featured on the internet. It was a discussion with Erin Roberts that was conducted in mid 1996. Wing Commander fans at the time were just eagerly awaiting news and information on Privateer 2 being developed in England by Chris Roberts' brother. At the time, LOAF, ace and I worked on the Wing Commander Home Sector website, which conducted this exclusive interview. After finishing Starlancer in 2000, Erin went on to produce Brute Force for Microsoft, and his latest project was the Richard Burns Rally racing game. You can read the full text of our original interview here.

WCHS: Now, before we get into your current project, What other computer entertainment projects have you worked on? Did you ever work on any of your brother, Chris Roberts's, projects?

Erin Roberts: I worked with my brother pretty much all my life until I came back to England two and a half years ago. I worked on all the projects that Chris worked on while we still lived in England back in the early eighties. When Chris started working at Origin I used to work there part time during holidays while I was in College, and then after I graduated I became a full time employee at Origin. While there I worked on Times Of Lore, Wing Commander 1 & 2, Stike Commander, Privateer and then I spent a period of time working with Richard Garriott and his projects before I moved back to England. 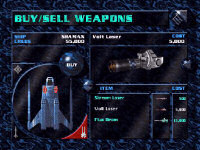 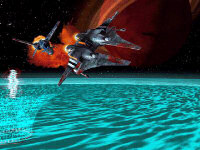 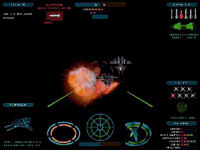