Check Out Videos From The Other Side

Mark from QDQP let us know that his site now hosts a Command & Conquer movie archive. He has converted the game's intro and ending movies, mission briefings and a few critical plot sequences into divx files for nostalgic fans to check out. We've occasionally referred to Command & Conquer as a sibling series and one of the few non-Wing Commander franchises to successfully employ full motion video. The original C&C in 1995 used similar techniques to Wing Commander 3's green screen overlays for its CGI. Some of the earliest fan videos I saw in the mid nineties combined elements from WC3 and Tiberian Dawn in an exciting mix. C&C First Decade was the first game to reveal Wing Commander Privateer's involvement in a new EA/GameTap partnership this spring. 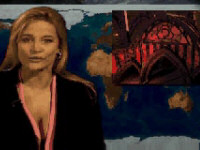 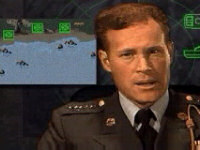 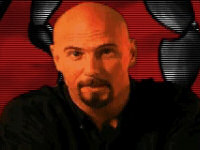 My current project is to rip all the FMVs from the games (game intro, game endings, mission briefings etc). Since C&C and Wing Commander 3-4-P are from the same era maybe it is nice to make a comparison between the FMVs of both game series.

Due to space and bandwidth constraints, this is the only game in the series that Mark currently plans to post.