Warzog has released version 2.7 of Wing Commander FL for fans who want to play Freelancer with WC ships. Most of the ships' hardpoints and loadouts have been reworked to more closely resemble their actual stats. Unfortunately the Dragon didn't make the cut due to bugs with targeting and textures. This entire project is actually a stepping stone to future projects. Work is already under way on the Epsilon Sector mod, which will build upon today's update heavily.

I've run through the missions with most of the ships. The lightest one was the Arrow, and that was a real bear! The 4th mission tears up the lighter ships really fast, so save, save, save! All of the gates out of New York are open after mission 2, so Privateering is easier, as is finding that favorite ship. Besides the Drayman (small transport), Hades (the Osiris) and the Panther (a new Bounty-Hunter ship), a new version of the Bearcat (the Order's ship) has been added.

Similar to Privateer: The Reckoning, the WCFL-Epsilon mod will take place in the Epsilon Sector and will be a Privateer-like mod. Epsilon was chosen because of the ratio of Confed-Border Worlds-Kilrathi systems, which I'm hoping will give a new challenge to the mod. The ships are all ready, and most of the bases are too. I've got a few DLL's to update and the "Border Worlds" to create before I dive into making the entire sector. Asteroids will be all over the place. A few mine fields and lots of remote outposts are in the plans. I've already added the Reaper and Steltek guns, and I'm looking into adding some other weapon systems as well.

BTW, I've received several requests from people who'd like to start servers for the WCFL mods. My answer is always "The More, the Merrier!" 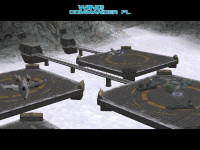 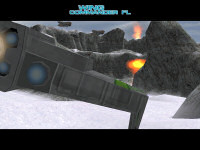 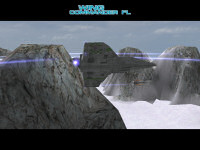 Marc is working on recreating Caernarvon for the Epsilon mod, and has modelled the Tarawa's transport ancestor. Both of these are pictured below. Meanwhile you can play WCFL by first installing FL Mod Manager and then downloading and running the WCFL 2.7 pack. 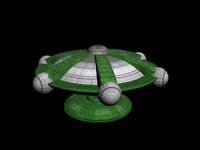 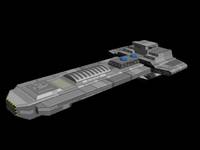