Isaac Alexander let us know about the new English language release of the Korean massively multiplayer space sim called Space Cowboy by Masang Soft. The game is built around ship customization and enhancement with minor RPG elements. Formations of ships can be coordinated and certain combinations create powerful effects. Space Cowboy has standard missions and support for large fleet engagements. A substantial portion of the game takes place in atmospheric combat. Controls are mouse driven like Freelancer, and different options for voice chat are also built in. The futuristic storyline is divided into phases. Episode II is currently unfolding with plans for the third under way. A small number of "main character" NPCs exist in the universe and interaction with them influences the story. Registration, downloading and playing the 600 meg game seem to be free. Korean readers can find a ton of information and additional screenshots at the Space Cowboy mgame community site. 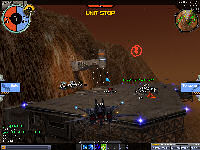 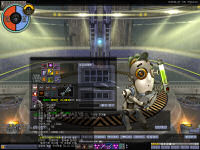 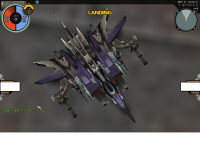 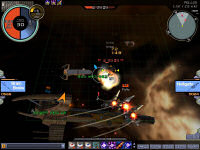 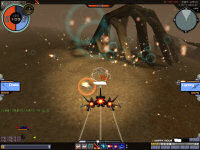 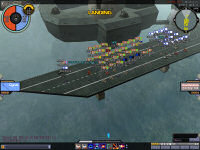