The Way Life Should Have Been 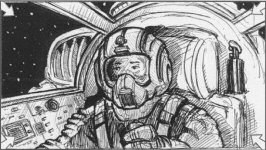 The CIC is dedicated to archiving Wing Commander-related documents! If you're a former Origin or Digital Anvil employee with any scripts, notes, e-mails, design documents, advertising materials, company newsletters or the like then please contact us! We'll digitally archive them and return the documents to you.