Since people have been anxiously awaiting news on WC Pioneer, Bradmick has released a few concept images with potential design work for civilian outposts. The familiar style should seem similar to original Privateer mining bases such as the one pictured in the fourth shot. These types of elements might make up modules in a random base system the team is working on for Pioneer. 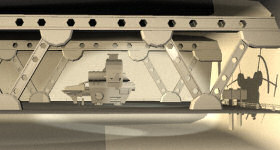 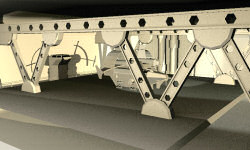 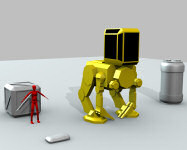 This is by no means a finished and sealed set of work, just a kind of 3D sketch. What we have here is a possible Mining Base landing bay in its two halves. The idea is that there are different modules which the engine will be able to pick from to allow for some base randomization. I think we may actually elect to go a different route, something more overly modular... not too sure, but it's a glimpse at what might be.