Wing Commander Saga has had a few delays in its development, so their team has produced a general progress update. The current focus is on completing their preview chapter.

The Prologue is meant for introducing some of the main characters, showing new (and old) players the game-engine, and opening the paths for the main release which will come later. It will be a small and stand-alone chapter of the storyline.

To be honest, it is still very hard to tell a correct release date, since there are factors involved which we can't control directly. We can't control when we will be attacked by real life next. Currently I have some time, so there has been some progress from my side. Other guys work hard when their time allows it.

Let me make a short summary of what's done and what still needs to be done:

- Three models (that are otherwise finished) need to be polished a little more (UV-Mapping and stuff)
- The Main Campaign Missions are 99% finished
- Many more missions are on standby, though they need some finishing touches
- The voice lines are almost finished (over 500 it all, except 10 that must be redone)
- The game is now well-balanced, and the beta test revealed a few bugs which we have now eliminated for a better game experience
- We are currently reworking the interface completely, which is certainly a massive amount of work
- Our last problem is that we have to wait for at least one very important code change from our friends at HLP. They are working hard, and we hope to have it soon.

So, while I could say we are more than 95% done, it is still hard to tell when everyone involved will be able to finish their part of the work. We will publish the final date shortly before the release. We are working as fast as we can and want you to have this game as soon as possible.

Thanks for your patience 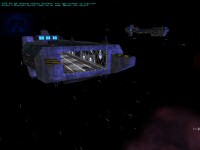 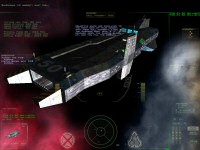 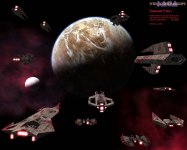