Grimmwolf@GB let us know that the five year anniversary for Microsoft's Allegiance multiplayer space combat sim is coming up. On the afternoon of April 17, the game's community is holding a large party and multiplayer battle. Allegiance's source code was released a year ago, and modders are currently working on upgrading the game and increasing its scope.

On April 17th, 2005, 3pm EST there will be a large game with a special map and lots of action. Most players of the squads of Allegiance will show up, hopefully plenty of new people as well. The game itself is completely free and can be downloaded here at www.freeallegiance.org.

If there are any technical problems, the forum has a section dedicated to helping people with connection, hardware, software, etc. problems. Should there be any gameplay questions, there is a site dedicated to helping new players academy.alleg.net where all the strategies, game details, tech info are listed. Also, there is a newbie training course (@cadet) on the forums, so new guys get taught by veterans and by completing the course gain entrance to a squad.

I hope to see plenty of people from CIC in game soon. The game is what comes closest to Wing Commander online. 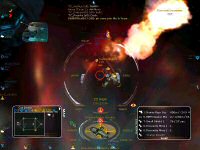 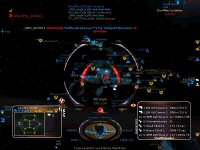 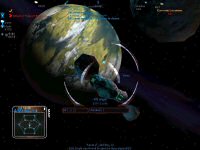