Saga Gets The Flashlight Out

We've always commented on how dark screenshots taken in the Freespace engine have been, but we didn't realise that the darkness in the WC Saga mod was by choice. Now gevatter Lars has shown what is possible by tweaking the brightness. The three pictures below demonstrate the lighting set at 75, 100, and 160. In this thread there are also examples set at 90 and 120. Apparently most people play with the lighting set at 75, which as you can see below only shows up half of the ship. We now look forward to being able to see something in future WC Saga screenshots. 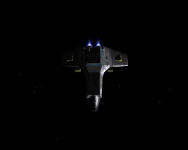 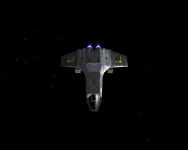 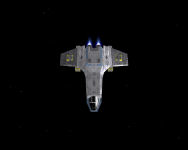