Updates on Pens and More

Speaking of fine CIC shirts, I got a question about the CIC pens that trivia winners won several months back. That contest ended shortly before DragonCon, and as many people have heard, we gave out a hell of a lot of pens at the convention. So our supply has been somewhat depleted. Although we've been slow to reorder, we plan to do so soon. Speaking of DragonCon, the lack of a full photo gallery has been the result of the sheer number of pictures we've taken. We're currently cutting hundreds of shots to make the overall gallery more viewable. And I hope to show it and other CIC goodies in the coming weeks. 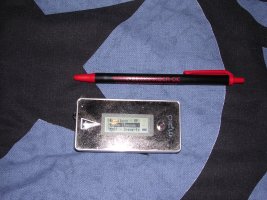 Thanks for the interest, and sorry for the delay.