The WC4 Fan Remake team has a new update to share regarding shields. Wing Commander 4's game engine didn't visually depict shields for capships: it's one of those things your brain either glosses over or subconsciously imagines was there all along. We got some gorgeous effects during cutscenes, but you don't experience them in flight. After 26 years, that's finally being rectified with a fancy animated texture technique. The thumbnail below expands into an animated gif so you can see the sparkly results in action! You can also read about the whole process in a new article at WCRespace.com. 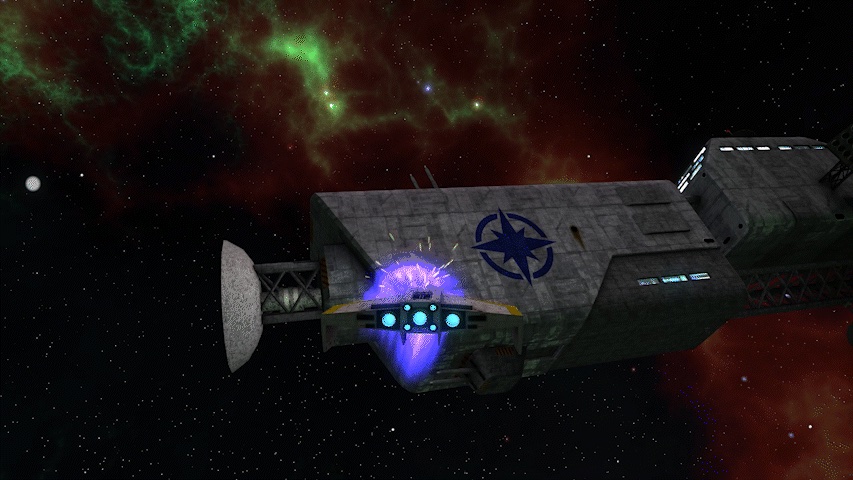 We’ve tried to create something similar, but not identical. The FMV has flat, circular ripples which can be carefully placed. We have no control over where the player fires and, if the player fired into a corner, it would clip into the geometry or extend past it (as seen in WCP). Instead we project an animated texture over the collision geometry for a shield impact.

A few bits and pieces got improved as a result of our focus on this. Firstly, support for merging images into flip books was completed which Defiance has long been asking for (and will be used heavily with explosions and other effects), which allowed us to animate the impact. Secondly collisions for lasers were improved to prevent them colliding with the turrets and hull in a single frame.