You might recall we recently featured a Tarsus built in Space Engineers. That one was made by Spiritplumber, who actually dug around and just found another version of the famous merchant vessel. This one was made by klingon00. Nothing against SP's model, but this new one is even more fleshed out and refined. It's got an aft compartment, adjustable lighting and even a projection window system. The exterior has some excellent geometry and there are multiple propulsion systems. It looks like it'd be awesome to take for a spin! Check it out on the Steam Workshop here. 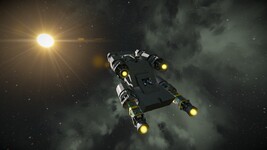 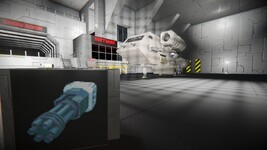 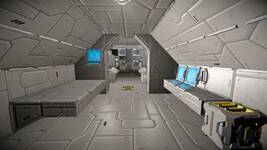 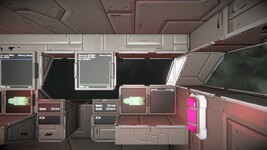 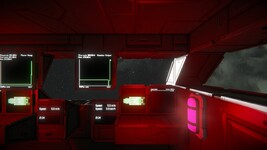 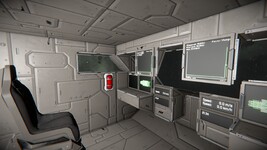 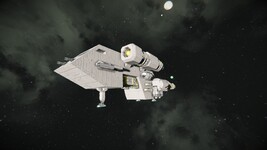 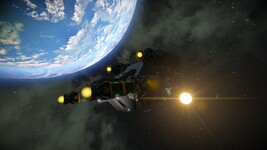 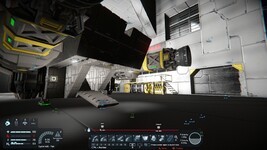 The year is 2669. You just inherited an obsolete Tarsus merchant ship from your grandfather. What you decide to do with it an the few remaining credits that you have is up to you! Although the Tarsus is showing its age and has been discontinued, the platform still has great potential for upgrades for those who wish to strike out on their own in the universe. The cockpit was never known for great visibility and can be a bit cramped (some would say cosy). There's room enough for a crew of two.

**All vanilla build. Due to removal of supergrids by default settings, I've removed flightseats and replaced them with standard seats and a control block. If there's demand I can upload the supergrid version with flightseats as well. This ship is survival ready but it doesn't have a survival kit on board. You'll have to add one yourself.

Due to the fact there aren't any windows on small grid ships, I put in a projection type window system. Turn on the projector to see the windscreen.