The TCS Tiger's Claw! To ask a leading question: how many engines does she have? Let's find out!

Here's the line art from Claw Marks which was also what was provided to the outsource company that built the original game's ships. And it seems like that's our answer: like five enormous thruster cones, five engines. 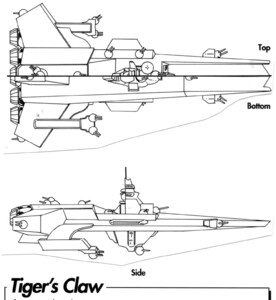 But wait! Here's the resulting sprite sheet that appears in the original Wing Commander. It has not five but SIX thruster cones. Six engines? Seems reasonable, maybe the Tiger's Claw, which is slightly larger, has an additional engine from other Bengal-class ships. 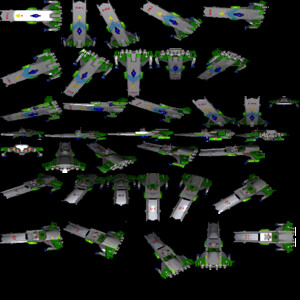 But wait, again! Here's the more detailed sprite used in both the winning and losing cutscenes where the 'Claw either bombards an enemy planet or retreats from the Vega Sector (pictured). Now we've got SEVEN engines! 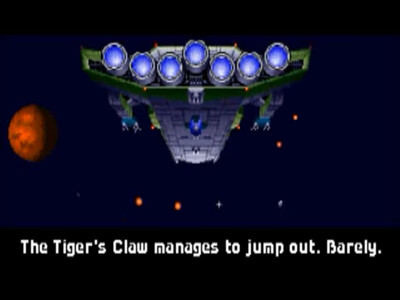 So that's three conflicting configurations in one game. In 1994, the Bengal was re-imagined for Super Wing Commander. And you can see from the sprite sheet it has two pods of three thrusters each, so either two or six engines. 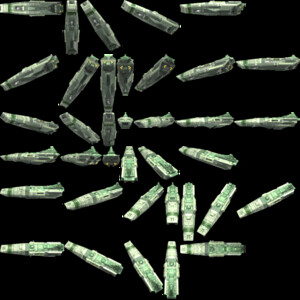 In 1996, we revert to a riff on the original design for Wing Commander Academy. Except... now it has four engines! 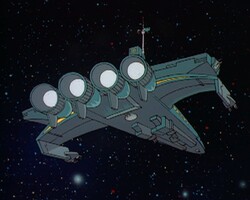 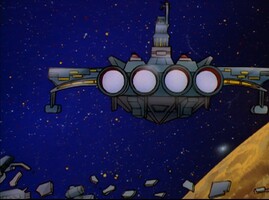 Finally, another redesign for the movie in 1999. You don't actually see the 'Claw from the rear in the movie, but the deck plan has two "engine arrays" and the concept art seems to show at least four large thrusters (two per array). 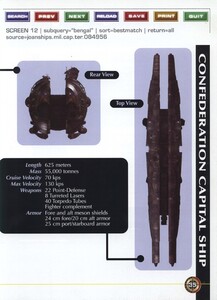 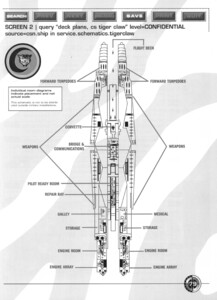 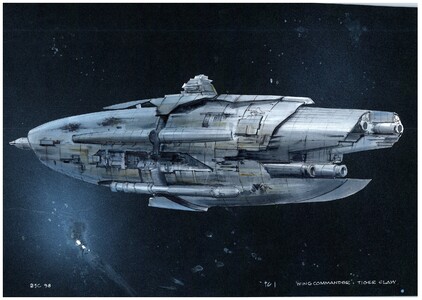 So the answer to our question is... anything but three? 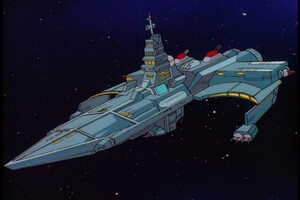