For the second time in as many weeks, a private space tour company has launched their first fully crewed vessel (and their billionaire founder) into space. This time they had the audacity to do it on a work day, so we've posted some nifty photos and video below for the people who couldn't watch live. Blue Origin's New Shepard rocket reached an altitude of about 66 miles and produced a similar brief period of weightlessness as the Virgin Galactic experience last week. Unlike Richard Branson's specialized type of jet plane, today's craft was a more traditional vertical rocket. It's been almost fifteen years since we first reported on their efforts, which once again highlights how challenging these milestones are to reach. In addition to space tourism, the company is also aiming to compete with SpaceX on moon missions in the future. 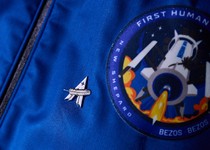 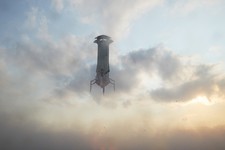 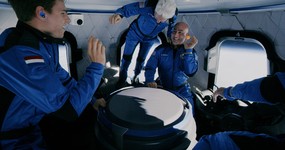 Much like I said last week, I won't really wade into the controversy around Bezos' wealth or what else he could be doing with the money. Whatever he's spent getting Blue Origin stood up, he still has plenty of money to do anything else you can possibly imagine if he were so inclined. All of the money spent on Blue Origin has paid for a large group of scientists, engineers and skilled technicians to further push the technological envelope, and that's awesome.