EmuMusicFan has continued to experiment with and refine his art style for the Kilrathi characters he's sketched out of Wing Commander Action Stations. Here's a few different techniques employed on Baron Vakka nar Ki'ra. And while at first it might look like this guy could pass for any noble Kilrathi, Emu has put a lot of thought into how the look exemplifies the attributes of each character. Some of his rationale is included below! 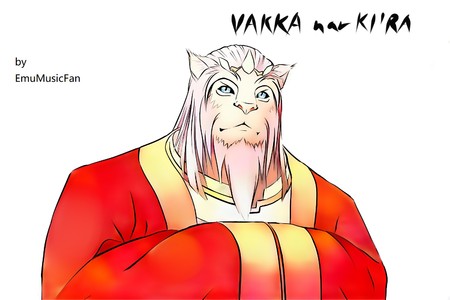 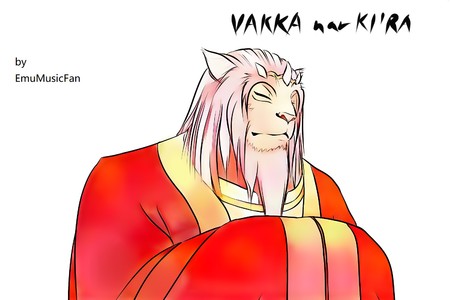 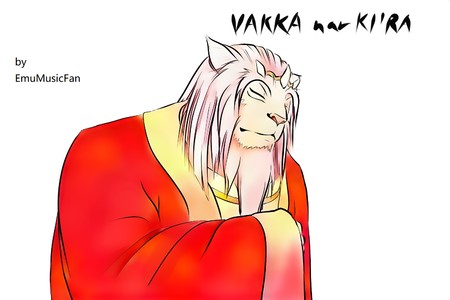 When reading certain scenes of Action Stations, I really feel that this book depicts the Kilrathi as a relatively complex civilization, not just a simple fierce brutal race. There are complex relationships and politial issues among the clans. So I am trying to imply different feelings to different characters.

Let's see Gilkarg and his two sons, Ratha and Thrakhath. These three characters are definitely villains. But they are not the same. Gilkarg's actual military ability is not as good as it seems to be. So I portray him with a luxurious but a bit shallow and frivolous look. Ratha is foolhardy and rude. Even Thrakhath was young by that time, he was definitely the most dangerous one among them, so I depict his gaze the same as it is in WC2.

Admiral Nargth, a straight-laced professional military man with outstanding judgement and self-control. I guess we could see him as a respectable opponent, rather than a simple alien boss in the games like DOOM.

Now let's talk about the three characters of Ki'ra. I think in certain scenes of Action Stations, Baron Vakka nar Ki'ra and Jukaga are protagonists, let alone Harga. Baron Vakka not only recognized the problems in Kilrathi civilization, but also feeled distasteful and troubling on the barbaric behaviors of the Empire. I am trying to portray him an old wise bird with a feeling of dignified without anger, gracious but could not be offended. Though juvenile Jukaga was so naive at that time, he realized a lot as soon as he meeted Dr. Abram. Actually I referenced Kion from The Lion Guard Season 3 and Link from The Legend of Zelda. Harga... I think this character gives me a kind of... say, open and clear, "sunny" feeling. So I guess I should portray all of them with the feelings beyond fearsome predators.