There's been a lot in the news lately about the Hong Kong protests and how various companies are reacting to those that support them, so it was only a matter of time until this story intersected with Wing Commander. Blizzard has been under fire this past week for their punishment of a Hearthstone player who spoke out in support of Hong Kong. The accusation is that they were overly harsh in their response in order to placate China. That whole discussion is far beyond where we're going to go, but the details surrounding Blizzard's response caught our eye. The president of Blizzard is none other than J. Allen Brack, of Wing Commander fame. He was hired in 1994 to help with quality assurance on Wing Commander 3 and continued on through WC4, Privateer 2, Prophecy and Secret Ops. The TCS Brack was one of the first Confed ships to encounter the Nephilim as told in the ICIS Manual. We've followed Mr. Brack's career as he went on to work on Star Wars Galaxies and then World of Warcraft (with plenty of WC-themed easter eggs making their way into the game). So it falls on him this weekend to lay out of the company's position and run damage control. I don't envy him one bit, but it's cool to see how far one Wing Commander vet has gone in the games industry! And it looks like his actions have been at least somewhat well received so far. 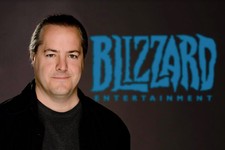 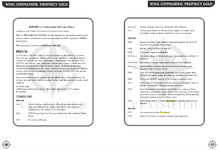