It's only been a few days since our last update, but Howard Day already has a pile of exciting things to share in his WC1-inspired engine. For starters, he's dubbed the project Wing Leader after one of the initial concept names for the WC series. There's also a few new animations, and they show off the beautiful debris field that emerges from a destroyed ship. Finally, here's your first peek at the cute little Salthi! He's given it a single engine to better suit the Kilrathi light fighter's small nimble stature. 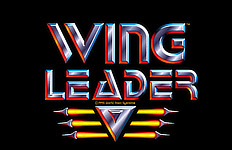 First look at the Wing Leader Salthi. Different from her canon version: she's only got one engine and has two photon cannons rather than lasers. I'm trying to make the various Kilrathi ships feel different, rather than the Salthi, Dralthi, Krant all feeling like fighting the same ship. I'm also looking at ways to only make them turn left. :D

New art for the photon cannon coming soon. Expecting them to be like more rapid-fire lasers with much less individual hitting power, and slightly less power drain. That means the Salthi will likely be firing in short bursts. Speaking of - I can't remember... do the Kilrathi have any allies that would have space fighters? I'd like to balance out the Human - Firekkan alliance a bit.