For those who haven't been closely following the development of Star Citizen lately, there have been a few interesting announcements on the project's financials and upcoming plans.

Cloud Imperium recently released an accounting document that details out how the company used its money form 2012 through 2017. They spent $193 million on development and other expenses during that time with more than $4 million per month going out in 2017. We know they hit $200 million in crowd funding in November, but they also have other resources such as $46 million in private investment raised in December.

The most visible development lately has been to bolster the game's persistent universe and core technology, but a roadmap to Squadron 42 has also been released. This is the single player campaign starring Mark Hamill and John Rhys-Davies, among others, which many Wing Commander fans have been waiting for. New details outline a number of milestones for this year with a target for achieving beta status in the second quarter of 2020. 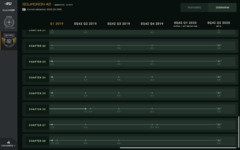 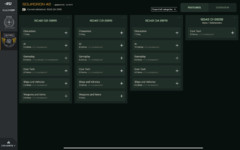 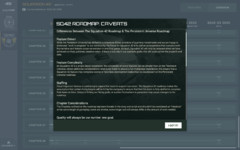 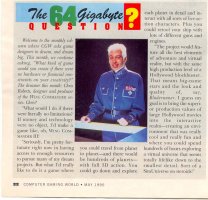 Lastly, we have a blast from the distant past. Here's a snippet from a May 1995 article that challenged Chris Roberts to dream up his ultimate video game if there were no technological or financial constraints. Here's what he said!

What would I do if there were literally no limitations? If money and technology were no object, I'd make a game like, oh, Wing Commander III!

Seriously, I'm pretty fortunate right now in having access to enough resources to pursue many of my dream projects. But what I'd really like to do is a game where you could travel from planet to planet - and there would be hundreds of planets - with full 3D action. You could go down and explore each planet in detail and interact with all sorts of live-action characters. Plus, you could retool your ship with lots of different guns and engines.

The project would feature all the best elements of adventure and virtual reality, but with the same high production level of a Hollywood blockbuster. That means big-name stars and the look and quality of, say, Bladerunner. I guess my goal is to bring the superior production values of large Hollywood movies into the interactive realm - creating an environment that was really cool and really fun and where you could spend hundreds of hours exploring a virtual universe that seems totally lifelike down to the smallest detail. Sort of a SimUniverse on steroids!