The Vega Sector fleet continues to grow. DefianceIndustries has turned his attention to the Tiger's Claw, and he's taking an interesting perspective on it. The goal is to merge some of the differences between the in-game sprite and the line art from Claw Marks. There are lots of different versions of the Tiger's Claw that show up here and there, and each has its own interesting aspects, so this is pretty cool to see! 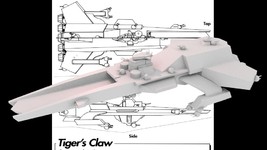 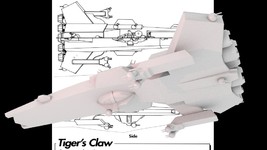 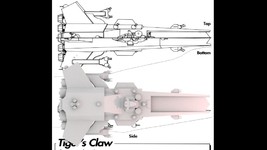 The WC1 parade continues. Line-art accurate Bengal for all. You'll notice several differences between the line art and the final Sprite model. The three biggest ones I found are the tapering at the bow is more pronounced, There are only 5 engines instead of 6, and overall the vessel isn't very tall, it's more squat than the final version. But, I kinda dig the '80s ball style turrets and the more detailed stern. I'll texture it when time permits.