It's not every day you come across a new piece of early '90s Wing Commander art, but last Tuesday was one of those days for LOAF! He found a tiny thumbnail of the Amiga CD32 box, which was half dominated by familiar but stylized WC scenes. The CD32 was a computer/console hybrid, and the set here included the Amiga version of WC1 on CD. Some deep digging led to a higher res version, but it was faded and blurry. Tim finally came to the rescue and provided a crisp bold copy of the cover art, so now you can take a good look for yourself. Very cool! 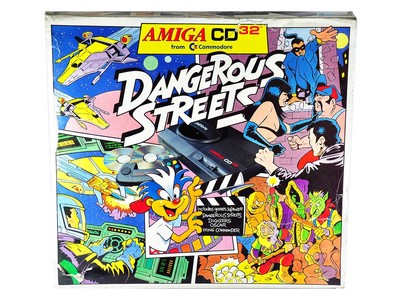