Did you know that Lockheed Martin build a real starfighter to play Wing Commander? Well, kind of. Today we have an interesting oddity in Wing Commander history: the packaging for a Real3D Starfighter AGP graphics card. The Starfighter was an Intel i740-based graphics card created in coopration with the Real3D division of Lockheed Martin (really!) The first AGP version was released in early 1998, shipping alongside a special 'cut down' version of Wing Commander Prophecy (specifically, the first CD of the game, with a card at the end suggesting you purchase the rest from Origin.) A PCI version was released later, but it's not clear whether or not it included the Prophecy OEM demo. Want to play the odd version of the game itself? You can grab a copy here. 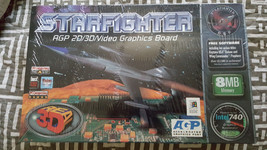 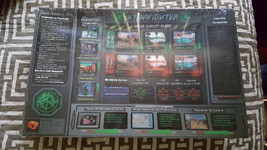