The newest addition to the Homeworld Remastered Mod is another hard-hitting carrier. L.I.F. has imported Klavs' fearsome Snakeir to give the Kilrathi fleet a massive boost. He's taken steps to keep it from upsetting the game's balance, but it still looks like a really fun toy for Kalralahrs out there. The orange sky of this particular system also casts it in a particularly appropriate light! 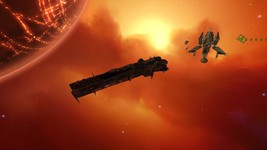 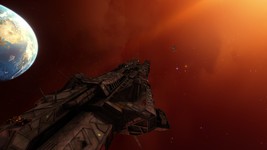 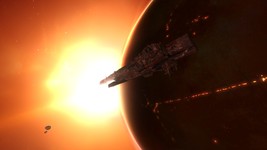 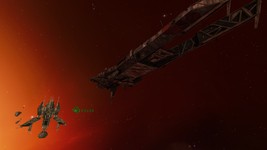 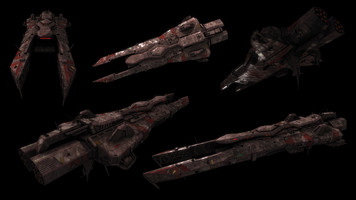 Action Stations! We have located a particularly dangerous threat to the fleet attacking Vukar Tag, a Kilrathi heavy carrier. Thanks to Klavs81 for his awesome textured model and to DefianceIndustries for his help on getting the textures ingame. :)

Its defensive armament will be 22 Flak Turrets that differentiate themselves from later weapon systems by having a more limited firing arc (they can turn 90 ° on each side from their default orientation, not more, so a starboard-pointing turret will not be able to track and fire at port targets, thus choosing alternate targets).