Jammin' Out With the Homeworld Mod

The Black Lance is about to have another powerful tool added to its arsenal when the new Clarkson based Jammer comes online. Similar to its effects in the Peleus System, the ship will project a field that seriously disrupts electronic signals. For a player able to leverage their enhanced technology, the Black Lance sound like a pretty powerful faction in the game. Fortunately, L.I.F. is taking steps to make sure each fleet stays balanced as the project evolves. 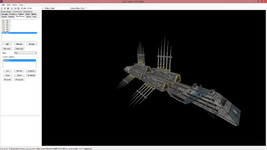 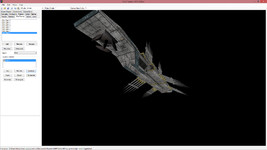 The Black Lance Jammer ship is behind one of the most memorable missions sequence of the series. In the Legacy version of the mod, it offered the possibility for a player to cloak all friendly ships around itself for sneak attacks or logistics protection. In the current gameplay concept, it will be much more devious, creating a large bubble in which all enemy sensors and weapons will be severely degraded in effectiveness, with the idea being that an unwary player might not even realize a task force is being jammed before it is far too deep to run away when the trap is sprung. At which point the qualitative superiority of the Black Lance equipment would become even more lopsided. Expect very restrictive cap limits such as one or two such ships for a player, on the same level as the Vesuvius.