Fan fiction is what you get whenever you have creative fans combined with an audience. Today, you'll see stories emerge for game series before the first game is even completed. But in the early days of the internet, things were rapidly evolving and the nature of things like fan fic were dynamic as well. Wingnuts were writing story chapters and sending them out to email lists almost as far back as email existed, but one of the first large scale cohesive "novels" was Wing Commander 4.123016 by Gary Hladik.

Part parody and part refinement of the original story, "The Price of Entertainment" was published in 35 installments starting August 18, 1996 and concluded August 29, 1997. It was first posted in the alt.games.wing-commander Usenet newsgroup and later reposted to the agwc Homepage and the CIC. Popsicle Pete even turned it into an ebook for easy reading (with a slick cover by NinjaLA). In addition to being a fun adventure in its own right, WC4.123106 is also something of a fascinating time capsule. Comedy and literary tone can also evolve over time, and it's amazing to think back to how this emerged mere months after WC4 - the game - was itself released. For the emerging online Wing Community of the mid '90s, and especially those who lived in alt.games.wing-commander and many of whom call WCNews.com home to this day, Gary's fan fiction filled a big gap between WC4 and Prophecy and has a special place in our memories. Check it out and read or reread it for yourself below! 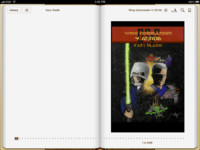 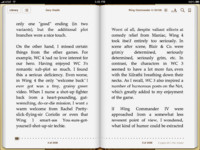 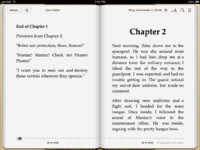 If Wing Commander IV were approached from a somewhat less reverent point of view, I wondered, what kind of humor could be extracted from it? My own answer to that question is found in the fanfic story "Wing Commander 4.123106: The Price of Entertainment," which debuts next week on alt.games.wing-commander. While not exactly a comedy, this rewrite of the Wing Commander IV story tries to be considerably more lighthearted and uninhibited than the original. It follows the same general storyline, but I've rewritten every existing cut-scene and added many new ones. I've kept the same Wing 4 characters (although Pliers has a new job), added many new ones, and brought back a few more of the Wing 3 cast (guess who!). The story is told in the first person by none other than the Heart of the Tiger himself, which means of course that the story omits all cutscenes in which Blair is not present, e.g. the opening sequence of the attack on the transport Amadeus.

Thanks to Benjamin Boys for the reminder about this milestone!