We haven't mentioned his project in a few months, but capi has been relentlessly adding to his WC RPG the entire time. He's spent a lot of effort beefing up encounter scenarios as well as tweaking Kilrathi language sections to match the theme of his "Elegy of Sivar" expansion. There's also been a lot of work drafting the overarching storyline narrative of Bloodeye N'Ryllis. New in this module is a set of nifty Kilrathi battle boards. The scenes depicted here show where shipboard combat might take place aboard a Fralthi II cruiser (first three shots) and a Drayman (last three shots). 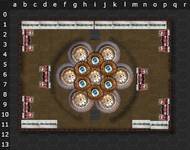 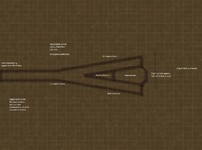 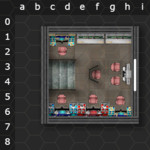 My Plan for this week (for now, anyway) is to continue work on Chapter 2.2, filling in as much basic data I have on encounter setups and resolutions, working on the prologue and making route calculations. If I can get feedback this week on Chapter 2.1 from my creative consultant I also plan on starting in on the translation of that text into Kilrathi. The translation could make substantial progress given the circumstances. I've had work on the preliminary design of the Demon's Eye base in the pipe for a few weeks now; this week could afford me a good opportunity to get that work done as well.