Tips For Running Super Wing Commander On A Mac

Super Wing Commander pro mkdud has written up some info to help Wingnuts play this relatively illusive game. One option is to secure a 3DO, or fans can try to find the right old Macintosh computer. After quite a bit of tinkering, he's settled on a recommended suite of computer hardware and software that performs well. Note that SWC doesn't want to run on OS X and doesn't always have great luck with emulators, so you're going back a little ways to get the best setup. He's had good success with an iMac G3 333 MHz with 128 gb ram and OS 9.1. You can find out more details on his specific machine here and read the highlights below.

Thanks to the advice from "Bandit LOAF" and others, I have finally assembled a machine that is playing Super Wing Commander very well. I wanted to post this as I have received some interest from other CIC members who potentially wanted to do the same thing, and some wondered if it is worth going to such extremes when we have been blessed with SM 1.5.

IT IS WORTH IT! If you are a big fan of WC1, WC2, and the Privateer era WC games, you will love playing SWC on a proper system. Smooth graphics and animation, great sound, actually good voice acting, and some very unique (and tough) missions make SWC an awesome experience.

After some more experimenting, on the iMac G3 333, I'm now running G3 Throttle at a wait state of 6, and I have PowerLogix Cache Control set to 111 mhz. This has improved the overall gameplay smoothness and stability a bunch. Even in melees with lots of ships, (including cap ships) this seems to have things really smooth and stable. I still have to post my memory settings for SWC; I believe the minimum file size is at 4238k, with a preferred @ 5238k.

I have had several Wing Nuts ask me what I felt was the best "ideal" setup for SWC. If your primary purpose is SWC and WC3 + WC4, I'm starting to see some real virtue in the 1999-2000 series G3 IMacs running OS 9.2. They can be bought for relatively low prices (under $100 +/-), and for a small additional investment (about another $100) on a nice ADB stick, ADB to USB adapter (I use the CompUCable, I had numerous problems with Griffin's Imate), replacement optical drive, and a powered USB hub, you can have a pretty good Mac SWC to WC4 system. 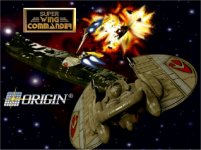 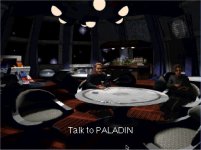 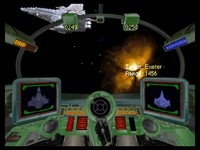