Baen has partially released Wing Commander Freedom Flight has an ebook! The company is known for putting out draft half-manuscripts for its upcoming novels, so even though the book is already long complete in this case, they've issues the first portion as a preview ahead of its full July 5 debut. Fans can grab it now for $6.99 in a wide variety of DRM-free formats. This one's well timed to coincide with the 25th anniversary of The Secret Missions 2. The story follows Hunter, Ralgha nar Hhallas, and K’Kai of Firekka in a desperate fight against the Kilrathi! If you've never read a WC novel before, this is a fabulous opportunity - and purchases also demonstrate that Wing Commander is popular enough to bring the rest of the series out digitally! Find out more here. 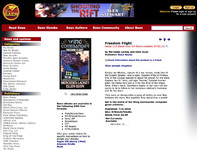 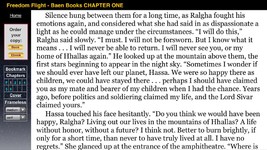 LOAF on the screenshot above: This passage from Freedom Flight, especially Ralgha's wistful line about a life unlived, has always been a favorite.