We interrupt your regularly scheduled Wing Commander news to share another amazing feat in the real world of space ships. Yesterday SpaceX successfully landed their Falcon 9 rocket on a drone barge rocking in the ocean. The ability to vertically land on either solid ground or water has the potential to dramatically lower the cost of sending stuff into orbit. This mission's payload to the International Space Station included an inflatable habitation module, and the system is projected to carry people as soon as next year. It's barely been five years since SpaceX became the first private company to launch and retrieve an orbital vehicle - the pace of progress is amazing! 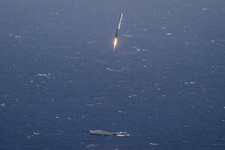 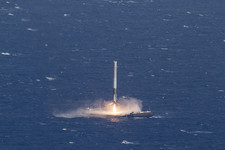 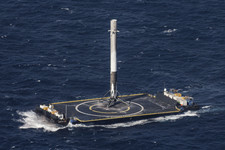