Here are some neat screenshots of another cool concept L.I.F. is working on for his Homeworld Remastered mod, Flag Commander. He's getting the mechanics in place for the Border Worlds capships to have upgradeable turrets. This would allow players to selectively customize guns, missiles and torpedo launchers to suit their play style and surprise their opponents. I think the idea has a lot of fun potential as a contrast to the Confed and Kilrathi fleets that will be more aligned with a standard load out. He's also working on a jump buoy bonus. When these random markers get captured, they'll spawn transports that jump in to provide bonus resources. There's lots of creativity happening here! 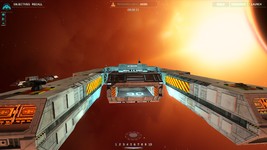 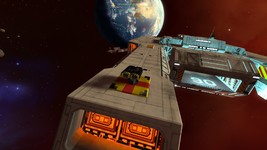 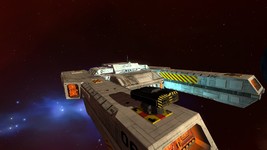 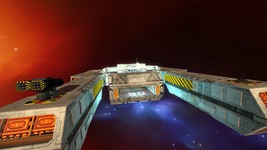 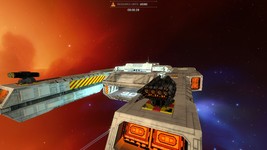 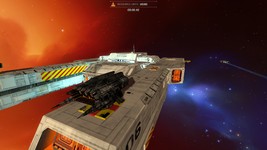 Question for you, people: I've just had a chat with another dev and that made me realized there could be a pretty nifty speciality we could give to the Border Worlds. Right now, we have the Confed and Cats who are two different kind of steamrollers, the Black Lance will need some more units but are planned to be cloak and dagger masters, with some very, very nasty tricks being planned. But for our favourite underdogs, I was just thinking of capture tricks and stuff until something that might be more interesting, so tell me if you think that could fit the canon: Border Worlds starships being able to entirely customize their weapon load.

All turrets have to be built as each ship starts with a standard turret load but you could sell them and build (for a price, of course) almost anything you want. You want your cruiser to be loaded with torpedo launchers for massive broadsides? Doable. You want to replace all base lasers with flak turrets? Or maybe missile launchers for massive area defence capabilities? A BW player in multi would be nigh-unpredictable. I don't think I would be able to make an AI that could use this to the full range of capabilities, but that problem would be partially solved by a decent standard load.

IMO, it would fit pretty well the theme of the UBW and could make everyone else wary of them in MP.