Look Back In Time At The Intrepid's Former Self

Fans haven't had to wait long to see the repainted variant of DefianceIndustries' slick Intrepid model. In this version, DI has reimagined the vessel as it may have looked prior to service with the Border Worlds when it was known as the heavy destroyer TCS Delphi. The use of the classic Confederation green and gray color scheme really seals the deal. It's likely we'll see this design pop up in the Homeworld Remastered mod in the future, although that fan project is currently on hold as it works through issues created by engine changes recently made by the developer. 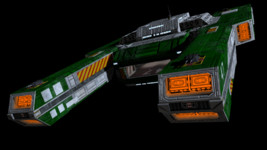 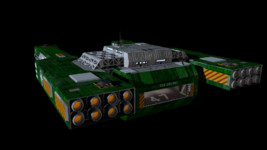 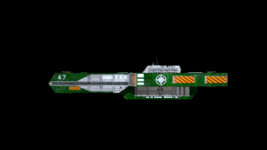 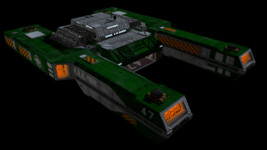 Here's the Durango in her (original?) Confed livery circa 2665. This version is the TCS Delphi, DD-47 the original incarnation of the BWS Intrepid before she was sold to the UBW and rechristened CVL-06.