DefianceIndustries first teased his Intrepid model back in August, and it seemed quite far along at that point. However, the subsequent texturization took the month of September and then some! Fortunately all of that effort was time well spent, and the result is the beauty below. Even the flight deck has been faithfully recreated! We're anxious to see some of DI's planned sister ship variants next. 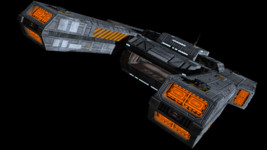 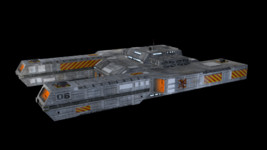 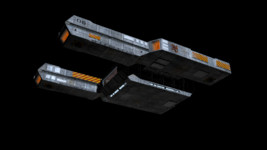 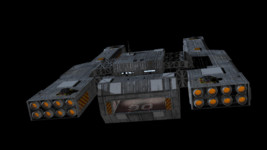 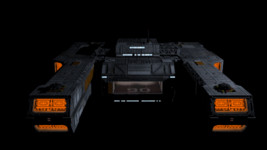 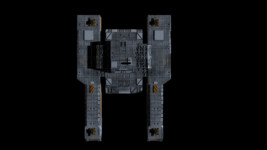 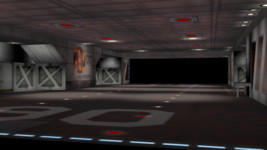 Finally! Here she is, the finished Durango! The model seemed cursed for a while there, I lost the diffuse texture file twice (both due to sudden and unhappy power losses).

I went ahead and painted her up as the most well known of the class, the Evil I, but I'm also working on a few alternate textures for it: TCS Delphi and the Tango.

She has a fully modeled and textured hangar deck as well. I was going to write up some fun little in-universe blurb, but honestly right now I'm a bit brain fried... hope you like it!