We haven't properly kept up with the WC Games Library since UnnamedCharacter debuted it towards the beginning of this year. The program contains a package of applications that allows fans to more easily manipulate data in the original Wing Commander game. Last month the project was renamed to Wing Commander Toolbox to better reflect the growing suite of abilities that it has to offer. Progress has recently been made on editing the various fonts/dialogue, campaign structure, briefings, mission data, communications, color palette, ship formats, music sand savegames. Even the intro has been cracked, which allows for customizable copy protection questions! Grab the program and learn more here.

The Wing Commander Toolbox (WCToolbox) is a set of tools to work on Wing Commander game data. It is the same project as the Wing Commander Games Library, just renamed. Seems a bit more appropriate, especially if I continue to add or expand functionality. It is also a play on the name WC Workshop which seems fitting as it served as inspiration for this project. I thought I would recap the support that is presently available in the toolbox and I will also be doing individual post for each supported file format. Included in the WCToolbox:

* The API Library provides an application programming interface for the Microsoft .NET Framework v4. It is a fully documented set of types which provide read and write functionality to many of the game data formats. Consult the help file for additional information, including the underlying data structures of the data formats.

* The WC1 XML Converter is a console application which converts game data to/from XML. Once the game data is in XML, it can be edited and converted back to game data.

* The WC1 Extractor is a console application which extract assets (images, music, etc) from the game data files. It also outputs the content as text.

The following screenshot is a very quick test to see if it was possible to include extended characters. In the test, the diacritical marks are not very obvious since the font does not provide a lot of space for them, but it works. 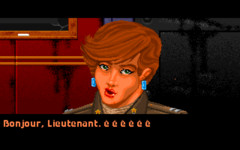 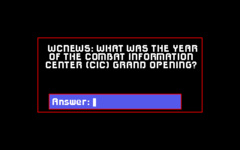 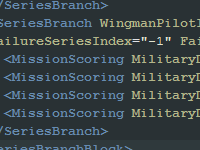