Littlest Nephilim Ship Gets Its Day

The Remora is a serious contender for most insignificant enemy ever faced by Confed pilots. These remote turret craft were the original WC drone ship before drones were cool, but they were just too weak to take as a real threat. The Ray/Remora Node Cluster is a clever idea though. Conceptually the Skate cluster was probably implemented better, but it's nice to see Dark Sentinel adding this underappreciated pip squeak to his growing collection of Nephilim models. 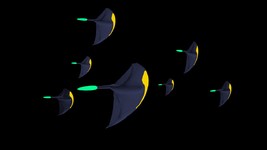 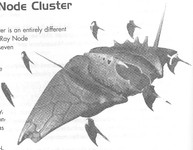 Remora, the argueably most useless fighter. Sliiiightly over 1k triangles. The mesh may require additional tweaks, but in very general I'm happy with the overall shape.