The impressive Banshee that we reviewed in yesterday's news has now made the leap from rendering software to Homeworld engine. Despite their scaled down size, plenty of gorgeous detail is still clearly evident. We also get to see a small sampling of their impressive arsenal. This fierce little light fighter looks great in pictures here, and they must be even more slick in action! You can see how the Vindicator and Avenger look in the mod here. 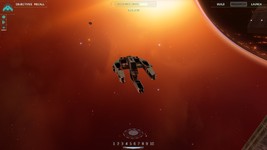 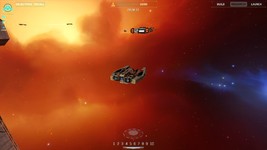 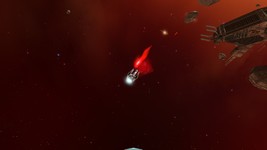 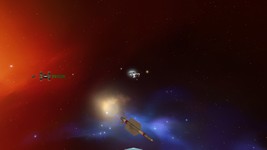 Colonel, we have acquired additional information about the latest fighter craft deployed by the Union of Border Worlds, which will be forwarded to your attention.

The Banshee is a fast, light, fighter armed with quad laser cannons for fast firing capability. Very nimble, it is, by all respects, a respectable adversary in skilled hands, with the agility and speed of recon fighters, but the durability of medium fighters.

Addendum: we have been reported that the Border Worlders are currently installing on this fighters prototype guns, code-named "Leech" and "Scatter". The information about those remains limited as of now, but according to our information, the Leech system might be a directed EMP weapon potentially capable of neutralizing our own strikecrafts while the Scatter would be some sort of short-range, high-energy gun characterized by a high dispersion of its shots. We know little about their combat capabilities, but advise caution.