Incredible Tarsus Is Ready To Do Work

We've got another gorgeous model from Klavs to kick off your week. There's a lot of mainline Confed and Kilrathi attack craft in his massive library, but this time Klavs took a civilian ship out for a spin. The Tarsus has a really iconic shape that just oozes character (and other fluids). It looks like a workhorse that's seen it all. With all the detail packed into this model, we can really see the rust and patchwork that holds it together. And the atmospheric scene depicted below is even cooler with heat distortion around the engine, the lights turned on and landing gear deployed. The ship already has a cult following - who'd love to own one of these in a future Privateer? 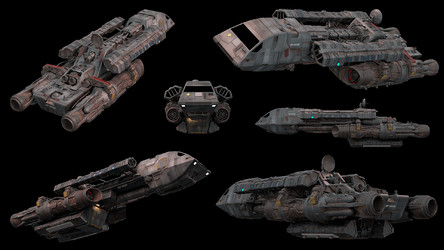 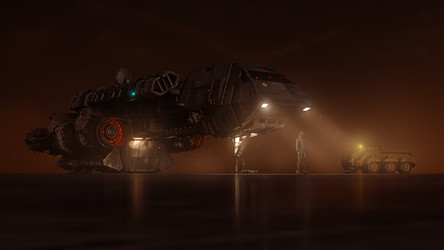 "Dietrich was late. There was nothing to do but keep the engines hot and wait. If she didn't show, I was definitely a dead man.