WC Vega has some new cargo capacity with the addition of the Drayman class transport to their fleet. The ship was constructed with a pair of pill bottles, some foam and lots of creativity. It's impressive how quickly this came together after their Tiger's Claw model. A new chapter of the Vega story has also been released, and they promise we'll get a peek at a Scimitar next week! You can catch up on all the Wing Commander film project adventures from Mike Peters and his students at their website here. 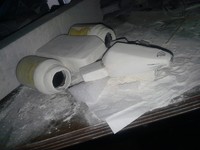 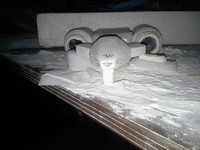 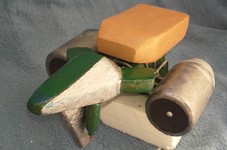 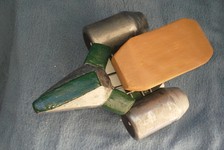 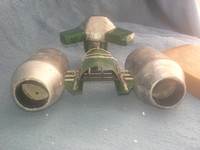 We don’t make Drayman because they are easy … yes, we do! What’s fun about the Drayman ‘Sport: In a game where cats are the enemy, isn’t it fun that our transports look like mice! I wonder if that was intentional.

This fellow is the transport Edmund Fitzgerald (it’s Motown week) sent to Venice to rescue some stranded pilots in episodes 2 and 3. The night before the mission, someone-Ratbert-painted a mouse nose and whiskers on the bow. The captain was not amused. I wanted to see what a Drayman Trojan Mouse would look like.