Electronic Arts is participating in a new Humble Bundle sale for charity. For those unfamiliar with this event, players can name their price for a set of games that would otherwise retail for $134. They can then determine how to split the proceeds among three designated organizations. New games are normally added to the deal over a two-week period. However, a post on the Korean EA Origin page has leaked out some of the upcoming games. This include classics Wing Commander 3 & 4 as well as Ultima 7 and Sim City 2000. WC3 was already given away on the house last year, but it's very exciting to think about the hundreds of thousands of incoming new owners of the special DVD edition of WC4! Stay tuned and we'll let you know when the WC additions become official. 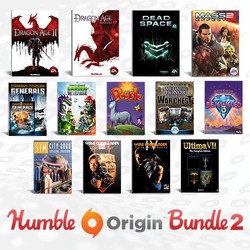