Kat on a Hot Durasteel Roof

Dondragmer has been hard at work with fellow fans performing digital archeology on the art of Wing Commander 1, and he's made some interesting discoveries! The first reveals the ceiling panels of the original four Confed fighters. Everyone has probably seen these without noticing before, since they're briefly visible during the first person ejection sequence, but they fly by so fast that nobody ever gets a good look. It's fascinating to see what was slightly above our heads all along! Is the opening above your head the evacuation hatch? Or do the Hornet and Raptor have a sunroof?! 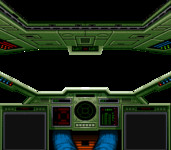 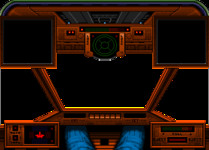 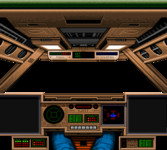 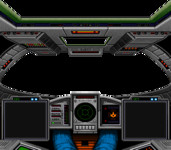 There are a few cockpit oddities in the WC1 file titled "PILOTANM.VGA".

These are the roof graphics. The final ejection graphics are stored in the respective cockpit files, PCSHIP.V00 to PCSHIP.V03. (PCSHIP.V04, the Dralthi, would presumably have one if you could eject from it. While the inability to eject from the Dralthi was given a storyline justification, was there first a technical limitation that prevented this?)

Something I'd never realised until I video-captured an ejection sequence is that these roof pictures get stitched on top of the regular front cockpit view. Even after all the hours I've spent in those cockpits, they look very different with the roof graphic stitched on.