Narrated by John DiMaggio (Bender, Futuruma), I Know That Voice is a documentary about the world of voice acting. Mark Hamill is just one of dozens of well-known voice actors providing anecdotes and insight. He even pops up in one of the trailers.

Executive Producer John DiMaggio (Futurama) and Director Lawrence Shapiro along with Producer Tommy Reid grant a backstage pass into the fascinating and little known world of voice acting. Winner of the Annie Awards' prestigious Certificate of Merit and featuring actors from an array of animated favorites including The Simpsons, Batman, SpongeBob SquarePants, Adventure Time, Phineas and Ferb, Family Guy, Looney Tunes and more, this unprecedented look inside entertainment's most booming industry will no doubt have you saying ”I Know That Voice”!

The documentary is available on-demand through a number of channels, including iTunes and Amazon Instant Video. Hamill has been twice nominated for a Video Game Award for his voicework as the Joker from the Batman series: best human male (2011, Arkham City) and best voice (2009, Arkham Asylum). He and Malcolm McDowell both had recurring roles on Metalocalypse. In other news, it recently emerged that Mark Hamill, Carrie Fisher and Harrison Ford will all make an appearance in the upcoming Star Wars 7. 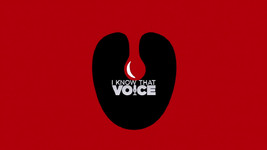 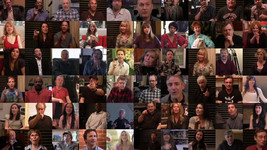 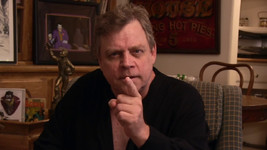