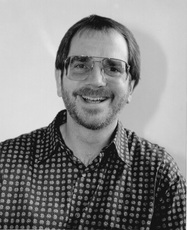 George Oldziey's campaign to produce a Wing Commander album recorded by a live orchestra has wrapped up its fifth day. Almost 150 people have now contributed more than $9,000, which puts the project about a quarter of the way to its minimum goal. Mr. Oldziey has also posted the Kickstarter's stretch goals to the project's main page. While $35,000 green lights the project's first 15 minutes of music, totals of $47,000 and $59,000 would pay the performers to record a total of about 30 and 45 minutes respectively. This is where we want to be!


He's also posted two great stories from his early days at Origin. The first is an amusing anecdote about his first few weeks on the job and how he was almost recruited out to a teaching position instead. "I reminded him that I was only a temp employee and had a family to feed. He said, "Wait a minute!" 20 minutes later he returned with a contract for full time employment with benefits and a good raise. That made my decision pretty easy, and the rest is history :)"


The other story illustrates George's shock when he found out that he wasn't just making gameplay music - there were movies in this game too! "Chris Roberts had returned from a lengthy visit to LA (reasons unbeknownst to me). He initiated a discussion on how well the film shoot was going. I was a bit confused as to why they were talking about "movies" so I leaned over to one of the artists and asked, "What are they talking about? Is this another project?" He looked at me like I was nuts and said, "This is for the interactive movie part of the game". I said, "Oh, who's writing the music for that?" He again looked startled and said, "You are.""


Good stuff! The picture above is George back in the Wing Commander 3 days. You can find more photos of the Origin team as it was in 1994 here.

After only a little over 4 days, my Wing Commander Orchestral Music kickstarted campaign passed $9,000 early this morning, on the way to the target of $35,000! I'm very humbled by the great response so far. Check it out and pass the word if you feel so inspired! Thanks to all!