Progress on the Elegy of Sivar RPG expansion campaign has taken an interesting turn over the past month. After completing work on bases and some data elements in December, development shifted into research of Kilrathi language. capi has collected known translations and previous ideas suggested by other Wingnuts to build a growing list of vocabulary, grammar rules and linguistic theories. The material he's put together so far has allowed him to make up new phrases and translate well-known English text into Kilrathi. It's been a lot of work, but it will all add up to a richer back story and more immersive experience for the next chapter of his Wing Commander RPG! Stay on top of the latest project updates at the CIC Forums.

This week I continued my forays into the Kilrathi language. At this point I'm really making some headway towards something that hopefully will be usable in the Elegy campaign and beyond. On Monday, I began the process of seeing if I had enough material translated to go ahead and translate some of the more well known material "back" into Kilrathi, namely the Oath of Service from Armada, the Codices and Warrior's Oath presented in False Colors (I still need to prepare to add the response), and the Prophecy of Sivar; when I have these translated there should be sufficient material available to move onto other things. Translation of the Oath of Service went quickly and I had it done by the end of the day on Tuesday. I decided then to have some fun with the language based on a post in the WC Online Workshop thread and began a translation of the "Major General's Tune" from The Pirates of Penzance by Gilbert and Sullivan. I managed to translate the first verse of that by the end of the day on Tuesday, though I'm still stuck on the second verse (largely due to the fact that before I can translate the words into Kilrathi, I have to figure out just what exactly Gilbert was trying to say in his libretto in the first place - I mean, how many of you know the definition of "animaculous"?). 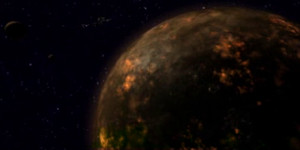