Klavs has been struggling for a while in get Shapeways to allow 3D printing of all his various Wing Commander designs. It's a frustrating situation, since these ships have been ordered and created numerous times by fans over the past couple years, but tighter tolerances have made many previously-printable ships suddenly unavailable. He's been on the search for alternatives to keep the fleet buildup going, and there seems to be some success with a company called Sculpteo. The new company provides more flexibilty in size and material, and they even have a really neat web app that allows visitors to rotate a subject before they make it. Hopefully this company works out, because they seem pretty slick and everyone wants more of Klavs' ships! You can try ordering a test Hellcat from Sculpteo now here. 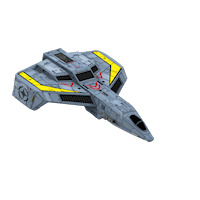 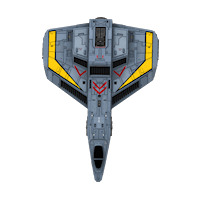 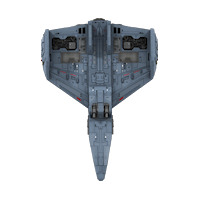 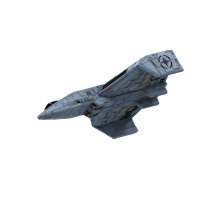 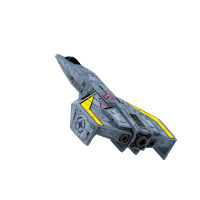 I'm afraid Shapeways continues to reject models that have already been successfully produced.

They are now telling me the Salthi, Dralthi, Dralthi Mk IV, Ferret, Sabre (All Versions) and Arrows (All Versions) are unprintable. At this rate, I would be surprised if they would be able to produce any of them. I will be removing the models from Shapeways at the end of next week. If anybody is interested I have a Hellcat, 2 Excaliburs, an Armada Arrow and a Tarawa Ferret for sale.

Well, initial try for the WC4 Hellcat. You can pick material, scale to the size you want, view and rotate the model, do the solidity check (an 8" model should be printable, you'll have to play with it) see if it's printable, and order! Bing bang boom. Default scale is the same as it was on Shapeways. And if they reject it, try it in a different material or a larger size.