Avid Wing Commander collector Christian Klein has found another rare artifact. He managed to locate a British copy of the game on 5.25" low density disks that may be an earlier release than the mass produced copy most of us are familiar with. In it, Hunter is named "Dart," which we know was an original placeholder name for the character. The first screenshot below shows this, and the second is from the British 3.5" high density disk release. LOAF points out that the name change came late in development, and both Hunter and Maniac actually have "Dart" and "Joker" nameplates on their helmets in all versions of the final game! 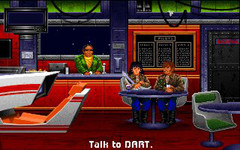 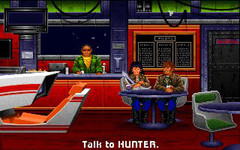 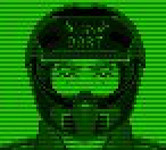 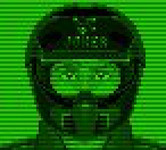