CrazySpence reports successful results attempting to run Wing Commander on a Raspberry Pi. What the heck is a Raspberry Pi? It's a tiny circuit board that functions as a complete Linux computer system after adding an SD card for storage. Specs include a 700 MHz ARM processor, which is apparently potent enough to run the older Wing Commander games via the rpix86 emulator. WC1 actually ran too fast, but a speed limiter program should fix that. WC2 seemed to perform just right. Privateer had some problems which will require additional troubleshooting. As a special treat, the Pi includes an HDMI out, so the little machine makes it relatively easy to hook up to a large television screen. Check out some pics of the games in action below or head over to Philtopia for the full write-up. Hit the Comments link if you have any questions about setting this up for yourself. 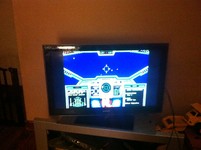 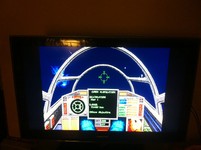 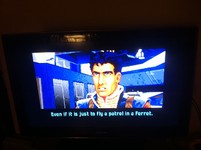 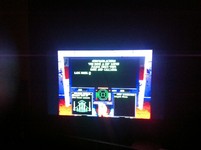 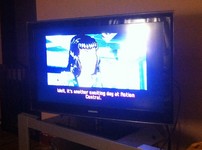 I followed a simple guide for setting rpix86 up and downloaded the software onto my MAME Pi along with the 4DOS.com it recommends for a command interpreter. I also uploaded Wing Commander 1,2 and Privateer to a “dos” folder I had created to see what this emulator was capable of.

Getting the emulator started was exceptionally easy and it found the 4DOS.com file I had placed in the dos folder with no issue. Using my ancient DOS skills buried deep within my mind I CD WC’d then I CD WC1′d and then I wc.exe’d and voila, I was presented with the Origin FX screen! Unfortunatley WC 1 did not self regulate its speed and it actually ran far too quickly, an issue I had not run into in many years. rpix86 does not seem to have a built in cycle regulator like DosBox so I will probably need to use some kind of cpu limiting program just like the olden days…

Regardless of WC1′s built in fault the emulator clearly worked, I had sound, video and keyboard control so I tried my luck with WC2. The first time through it hung as soon as speech happened so I had to rerun the install.exe and after that all audio and speech worked. This game behaved just as I expected it to, the talking heads were silly fast but game flight was normal speed. The keyboard seems to have an issue with multiple keys being held at once, not sure if this is an emulator or Pi problem.