In its first day since release, Wing Commander Academy has shot to the top of the GOG Shooters category rankings. On top of that, it's pulled WC1/2, WC4, Privateer and WC3 into the remaining top five sales slots as well. Academy also holds the honorary spot as the 600th game in GOG's virtual library! Online buzz has been especially positive - everyone is super anxious for Armada, Privateer 2 and Prophecy now! Pick up your copy of Academy here. 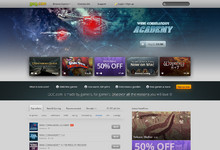 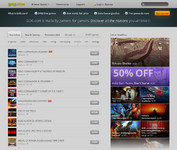 Shaping the future of the fleet.

Wing Commander: Academy, a classic space combat sim that puts you through rigorous training of a Confederation fleet pilot, is available on GOG.com for only $5.99.

Do you have what it takes to be space pilot? Do you think you can handle the Kilrathi, a fierce race of feline space warriors, hell-bent on destroying humankind? If you think you can handle the challenge, there's a chance that you might be what the fleet is looking for. Enlist now, and you'll be promptly transferred to our nearest training facility. You think flying a simulator is beneath you? Well think again! This is no ordinary training. We made damn sure you'll fail, and fail again until you learn from your mistakes. Hell, after we're done with you, you'll welcome fighting the actual Kilrathi as a nice change of pace.

Wing Commander: Academy delivers the excitement and challenge of space combat that has always been the trademark of the Wing Commander series, but this time you will be presented with missions you would never thought possible. You will participate in training simulations that mix and match conditions to prepare future Confederation pilots for just about anything. In the insane Gauntlet mode your task will be to withstand 15 waves of enemies, each more difficult than the last one. There's also a diverse mission creator at your disposal, presenting you with unlimited scenarios that will test your skill. Oh, and yes--this is the 600th game in GOG.com catalog, and yes--you can take it as a confirmation of even more Wing Commander titles coming our way in the future.

The Kilrathi menace won't just go away. Answer your destiny's call and take your part in securing the future of mankind in Wing Commander: Academy, for only $5.99 on GOG.com!